Posted by Melinda Pillsbury-Foster at 11:47 AM No comments:

Richard Lee Barteaux, Senior, married three times.  As his first wife I can attest to his violence and bizarre behavior.  His second wife,  Beverly Burkett Barteaux, had two children, a son, RLB Jr., and Angel, a girl.

Posted by Melinda Pillsbury-Foster at 11:10 AM 10 comments:

Dishonorable Discharge from the Army

The documents speak for themselves. 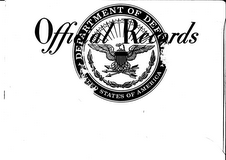 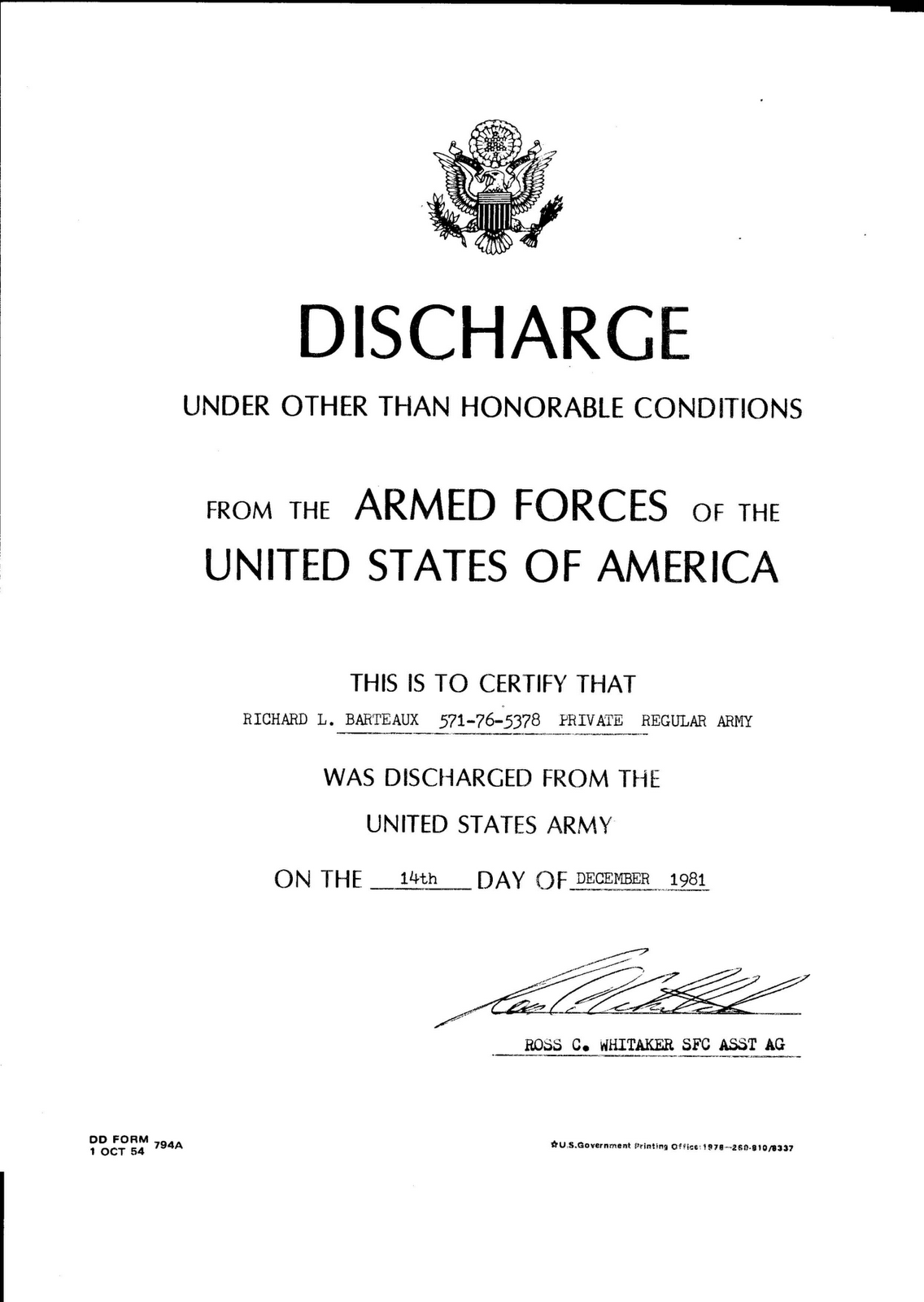 Posted by Melinda Pillsbury-Foster at 10:51 AM No comments:


Richard Lee Barteaux died alone in the two bedroom, one bath house, purchased for him by his adopted parents, Walter Dean and Betty Mae Barteaux.  He was their only child.

Richard had moved to Cheyenne, Wyoming over ten years previously because his DUIs in California made it impossible for him to drive in that state.

His father, Walter Dean Barteaux, paid him a stipend and purchased a clunker which was driven by a friend of Richard's who was also an alcoholic.

Richard's occupation was staying drunk.  His beverage of choice was beer.  At the time of his death he was 43 years of age. 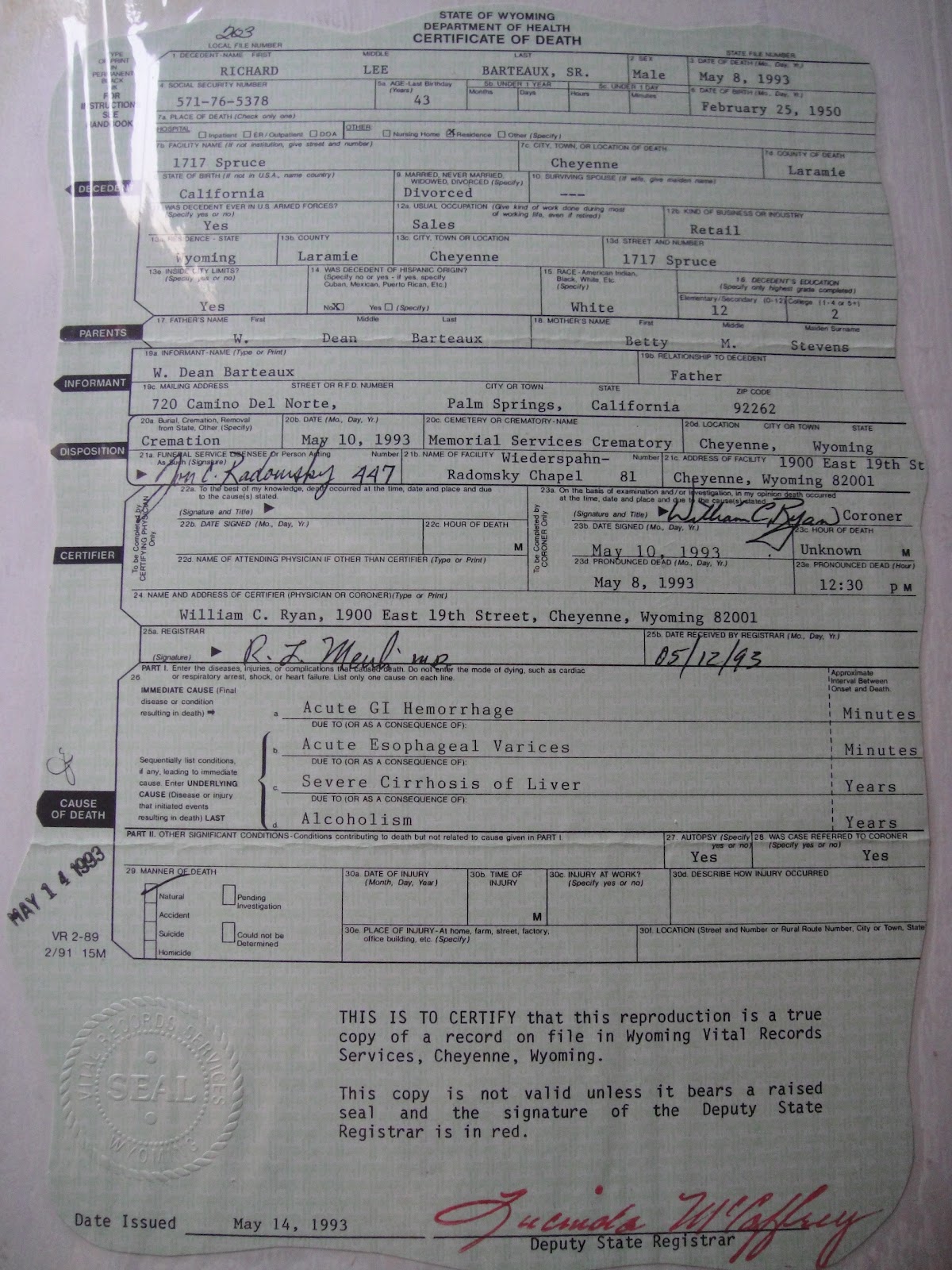 Richard Lee was adopted, and was the second attempt by the couple to find a baby.  The first child, also a boy, was reclaimed by the mother before the process was finalized.

Richard's birth mother was, according to nurses in the physician's office which arranged the adoption, and his adoptive mother, as reported to Melinda Pillsbury-Foster, his first wife, a student at UCLA.  His mother was believed to have a last name which included 'Gold' and to be Jewish. 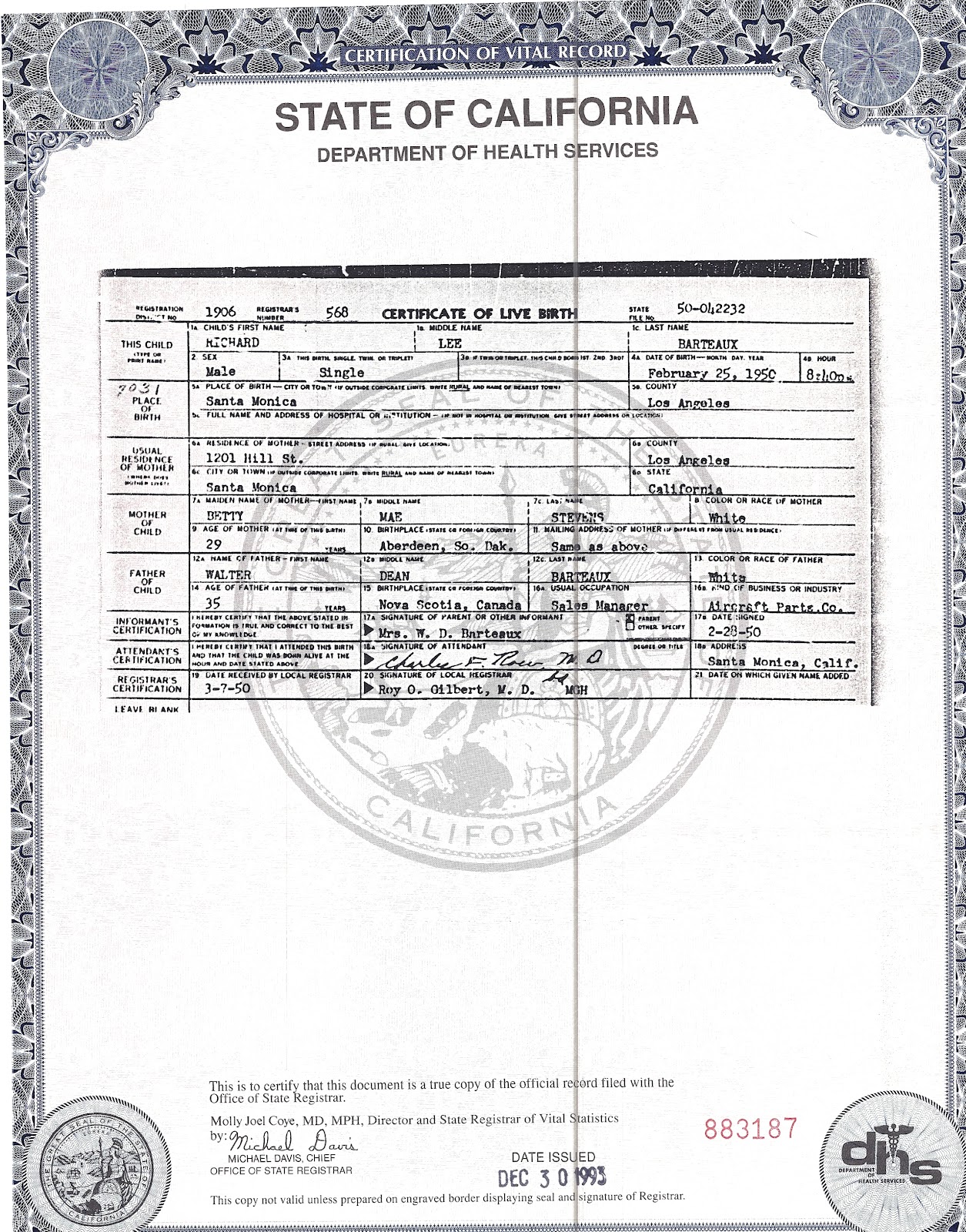 Posted by Melinda Pillsbury-Foster at 3:52 PM No comments: